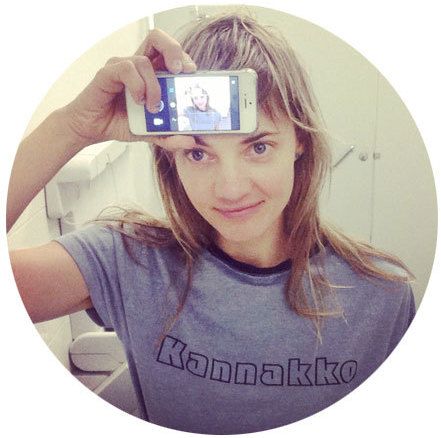 Lisa Kannakko is a dynamic, energetic, and creative Toronto-based photographer, filmmaker, and storyteller. Her passion for producing high-quality, captivating content for clients has earned her a reputation for being easy to work with and collaborative while also being a trusted advisor for the development of strategic content.

Lisa’s passion for photography started at age 16 and progressed to a dedication to shooting/ documenting the Toronto music scene. She has toured with many musicians, including Feist, Chilly Gonzales, and Peaches, and turned her passion in this area into a successful business venture: The Belljar Café & Cocktail Bar, which hosted “Live At The Belljar” sessions, producing a 30-episode web series with notable artists including Daniel Lanois and Tess Parks, among others.

While Lisa often takes ownership over content production and leads creative processes, her easy-going, friendly, and open personality has also allowed her to “go with the flow” as has been necessary while wearing multiple hats and assuming the roles of Producer, Director, Writer, Videographer, Editor, and Cinematographer.

Recent projects of note include managing all aspects of creative content development and direction for Glad You’re Here (an autobiographical short film) and Open Show Toronto (a global lecture series), while also serving as a contributor (DOP) for The Legend of Rasputin (a film that won Animated Comedy at the 2018 Dragon*Con Independent Film Festival). Lisa has also produced and edited video for CBC Music Canada programming, including Q the Music, Canadian Music Class Challenge, and the Songwriters Hall of Fame Backstage Pass.

Lisa’s commitment to excellence has been featured in notable publications, including Rolling Stone Magazine, TIME, Toronto Life, Now Magazine, The Walrus, MacLean’s, Money Sense, and Cottage Life (among many others). She has also produced film/ tv content for major clients including Kraft, Budweiser, FOX, Toyota, Molson, CIBC, BMO, The Government of Ontario, Tylenol, Southwest Airlines, and Winners (among many others).

Lisa holds an MFA in Documentary Media from Ryerson University, as well as a BA in Photographic Arts also from Ryerson and a certificate in Project Management from Sheridan College’s Creative Industries Management.